By Guest BloggerJuly 5, 2017 No Comments

Last week Google started trialling an app in the Philippines. It’s called Triangle and is designed to let customers control how much mobile data they’re using, enabling customers to shut down background data traffic on some apps.  So far so good.

In addition users can also see how much data they’re using and how much they’ve got left. Sounds like standard mobile notifications. Then it starts to get interesting. Customers will get 100MB free when they download the Triangle app. Then they can also earn data rewards for using existing apps, and downloading and trying out new apps – as can be seen from the sample screen shots below.

So it seems Google has bought a load of wholesale data from the operators and is now offering it free of charge to consumers. I assume that the catch is that Google will pick up advertising revenues from the apps that the consumers get data rewards for. This kind of turns the idea of the Operators working with OTT’s to sell additional services on its head.

This is not the first time Google has dipped its toes into providing mobile telecoms services. Wi-Fi first MVNO Project Fi a couple of years back and news of its success (or otherwise) is thin on the ground. But what’s interesting is that they’ve picked the Philippines and unlike Project Fi they’re not looking to make money selling connectivity (or indeed handsets). Google Triangle is reported to be targeted at the pre-paid customers of the country’s two operators with this proposition. Pre-paid ARPU is less than $3 / month. According to UK consultancy, We are Social, the Philippines is the world leader for time spent on social media. The report, called Digital in 2017, showed that Filipinos spent an average of 4 hours and 17 minutes per day on social media sites such as Facebook, Snapchat and Twitter. Also the Philippines has some of the fastest mobile networks in Asia.

So low APRU, price conscious target market, very high appetite for mobile internet services and very fast mobile networks. It will be interesting to see how Google Triangle performs. If it goes well I wonder if soon we’ll all be able to watch YouTube TV (with personalised advertising) and get data rewards for doing so, while Google does what it does best – pull in advertising dollars. 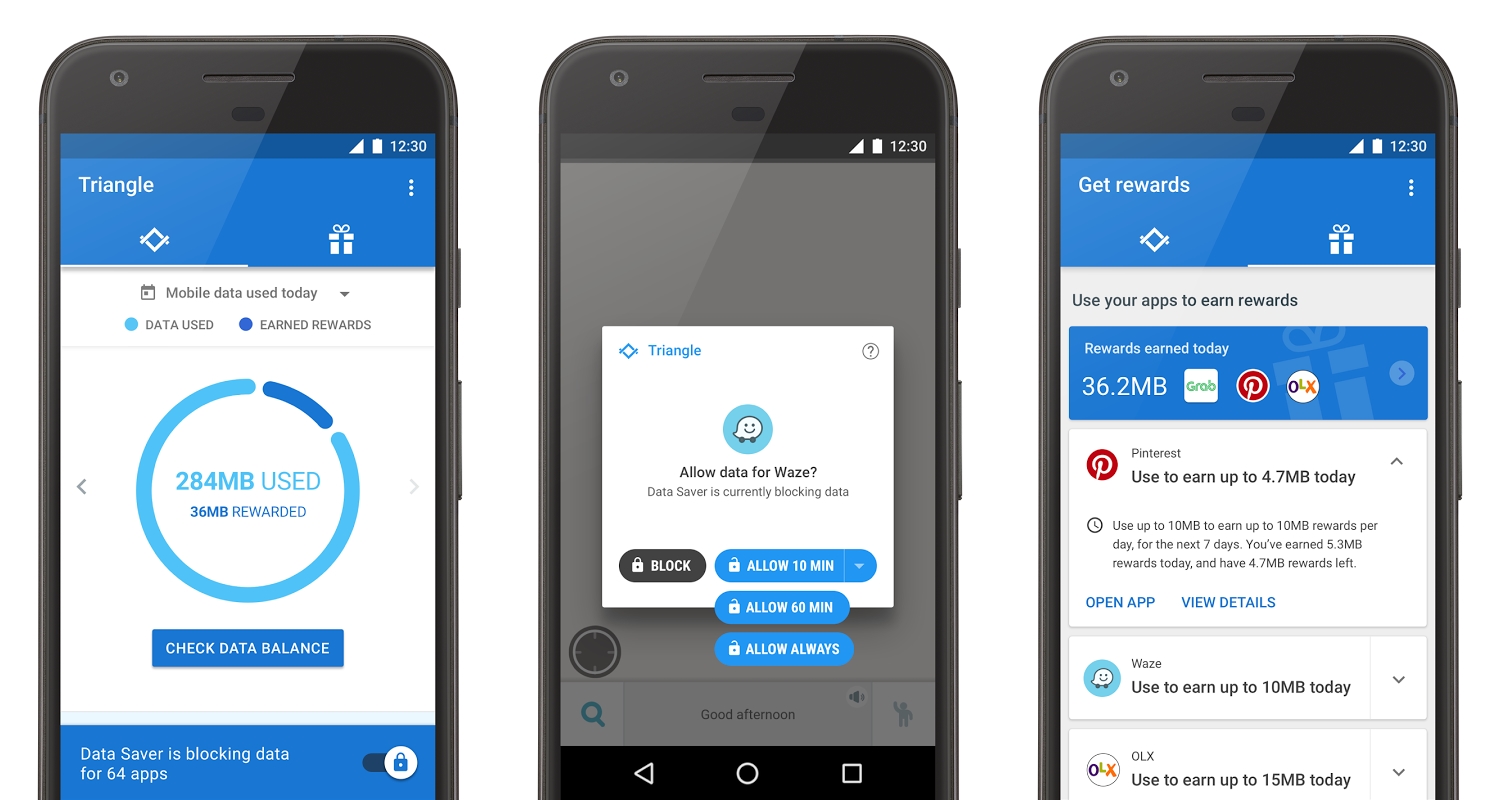