Gaming for the rest of us

Advances brought with 5G Release 16 - the next phase of 5G - mean that connectivity takes on a new definition. New service types, driven by partnerships, will allow service providers to participate in massive growth opportunities.

What’s the difference between a gamer and a banker? It might sound like the start of a joke but actually the difference is much less than either might have thought 18 months ago. With as many as 90% of bankers working from home in recent months, IT spend in banks has increased dramatically. Fidelity, a financial services group, recently announced plans to increase IT spend by as much as 200% over the next two years. It hasn’t all been pandemic-driven but the pandemic has certainly been a catalyst. Several financial institutions such as HSBC had been dabbling with VR for several years to impress shareholders with virtual versions of trading floors. In the past number of months such firms have realised the extreme usefulness of these kinds of applications.

Few gamers will have really noticed what is going on in the banking world (unless immersed in a game involving banking on some level) but the reality is that banking has been heavily influenced by gaming innovations. The cost of VR headsets such as the Pico-branded headsets has reduced substantially to more mainstream prices of around $100. As ever, the convergence of circumstances and available resources matter for services to become more mainstream.

As boundaries continue to blur between industries like banking and gaming and people go outside again, the natural expectation will be that all services currently consumed at home will also be available on the move. Whether this is Netflix, Fortnite or AR-enabled banking experiences it won’t matter. For telco service providers this becomes extremely interesting as their opportunity to become more involved in the growth of other industries and shifts in consumer and enterprise “share of pocket” has never been greater. Could service providers diversify widely to provide a full range of advancing services aided by 5G – everything from car insurance to domestic robots?

More likely for many is that partnerships, enabled by 5G, will succeed as never before. Devices including VR headsets and robot lawnmowers will simply need to work out of the box and service providers already have roles to play. With 5G and especially 3GPP Release 16, the service provider role can now be much more open and extended than when best effort 3G or 4G connectivity of smartphones was sufficient. Connectivity now means something different. It is cloud-based and hyper-flexible. Slicing, low latency and IOT promises such as connected vehicles – that were some of the big promises of 5G – come into play with Release 16 and therefore a wider range of partners will need to self-serve. Revenue-share handling will need to be automatic and based on a much wider diversity of business and charging models.

OK this “extreme partnership” was meant to happen with 4G, right? The difference with 5G is that REST-ful or web-style interfaces allow partners, including various hyper-scalers and cloud partners to have truer visibility and access into the service provider fish tank. The value that 5G has the potential to release (mainly related to latency, speed, coverage, capacity and density as well as related features such as SLA-driven slicing) can easily and securely be exposed to B2B2x partners for rapid testing and enormous scaling – since 5G is already cloud-based. This promise of 5G is now reality. Forget about low, single-digit percentage growth or mere maintenance of services and smartphones. Service providers can think again in terms of wide-ranging service portfolios and massive growth of some services by several-thousand percentage points such as the growth that services like Zoom saw in 2020.

Those are the kinds of numbers that bankers and even gamers might get excited about. 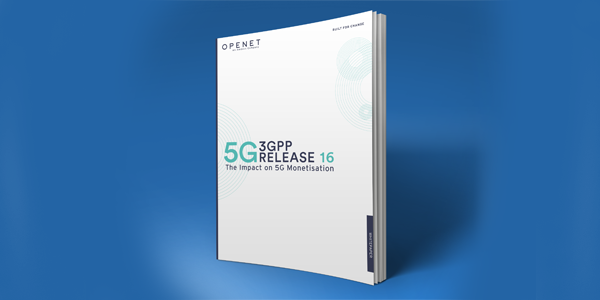 Enabling the potential of 5G

The evolution of the telco landscapes has redefined the role of some in the industry – whereby the shift from a service to provider to solution enabler has become the new norm.

From Network Provider to Ecosystem Enabler

The evolution of the telco landscapes has redefined the role of some in the industry – whereby the shift from a service to provider to solution enabler has become the new norm.

5G Policy, the “brain” of 5G, is very different to 4G Policy & arguably more critical in the process of the digital transformation of all industries

The Journey to Telco Cloud

The Journey to Telco Cloud